You are here:
Mortgage Rates 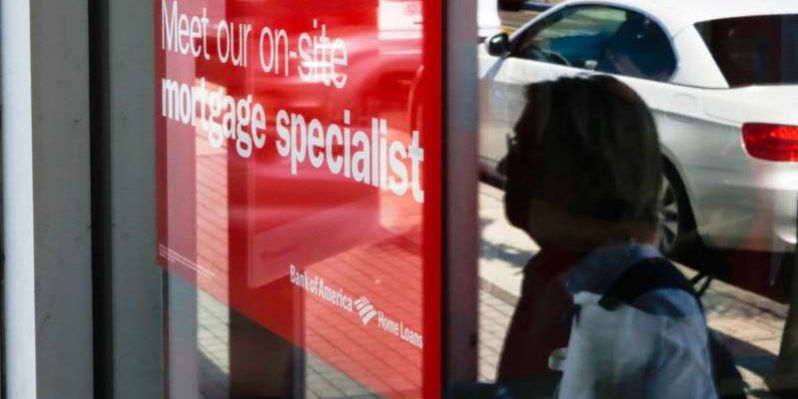 Millions more borrowers can now save big on a mortgage finance as rates have hit the lowest level in more than three years.

The average rate on the 30-year fixed mortgage just hit 3.49%, according to a survey by Mortgage News Daily, matching the lowest level since October 2016. That is down from 3.8% at the start of January and 4.58% a year ago.

About 9.4 million borrowers could save an average $272 per month if they were to refinance to a lower rate, according to calculations by Black Knight Inc. Black Knight defines refinance candidates as 30-year mortgage holders with a maximum at least 20% equity in their homes and credit scores of 720 or higher, who could shave at least 0.75% off their current first lien rate by refinancing.

That is a collective $2.6 billion per month, the highest potential savings in 20 years. This is due in part to the fact that about 3 million homeowners took out their mortgages in the past three years. they could now save 0.75% on their rate or more by refinancing. That potential savings could be a huge boon to consumer spending.

Looking at borrowers with lower credit scores than Black Knight’s criteria, there are actually close to 19 million borrowers who have interest rates on their loans at least 0.75% higher than today’s rate.

In addition, more than 2.6 million of those borrowers could save $300 or more on their monthly principal and interest payment. Regionally, California and Florida have the most borrowers who would see the biggest benefit, due to higher home prices and larger mortgage balances in those states.

The unexpected drop in mortgage rates is due in large part to market fears over the coronavirus. Investors have been rushing to the relative safety of the bond market, pushing yields down. Mortgage rates loosely follow the yield on the 10-year Treasury.

While these calculations are for straight refinances, not cash-out refinances, there are plenty of borrowers who have sizable equity in their homes and could use these lower rates to take some cash. In fact, homeowners now have a collective $6 trillion in home equity, beyond the 20% equity required for a cash-out refi.

Borrowers have been incredibly conservative about tapping their equity ever since the housing crash that defined the last decade. Just $54 billion in equity was withdrawn in the first quarter of last year, the lowest volume in four years and the lowest share of available equity tapped since Black Knight began tracking the metric in 2008.

Should I Pay Off My Mortgage or Invest the Money?
February 7, 2020

The entire team was absolutely amazing!!! Each person, starting from the receptionist, all took their time to assist me through the process. I never felt intimidated or unclear about the expectations, the verbiage, or the results. They have fabulous videos that assist you in facilitating your understanding each step of the way!!! This is my second time using them, and the only phone call that I make!!!!

As a Real Estate Broker for over 25 years “I have been referring clients, friends and family to US Mortgage of Florida since 2016. I continue to work with US Mortgage of Florida as Tony Acquaviva, is by far the most knowledgeable, professional and honest mortgage broker I have ever worked with. His personal attention to my clients is a great comfort to me. I have the utmost confidence recommending US Mortgage Of Florida knowing that my clients are handled with exceptional customer service and professionalism.” I recently had Wayne Demaline and Tony Acquaviva work with one of my buyers and I have to say they went above & beyond my expectations! When the previous lender could not approve my buyer Tony & Wayne were able to get my buyers mortgage approved and guide him from the beginning to the end! I highly recommend US Mortgage Of Florida for anyone looking for superb service. Deborah Anderson Coldwell Banker

Dear Tony – Your team did it again – many thanks to the whole staff on the cash-our refi in Texas. From Debbie with her happy and helpful tone on the phone, Juan Gallego with his “persistence breaks resistance” reliance with the existing mortgage company and Wayne Demaline with his solid and steadfast organizational demeanor. I am sure that I missed some names but I promise I will never forget the positive experience – Many thanks to each of you – and all of you. I am grateful to have a trustworthy service organization to help me with my needs in New Jersey, Florida, and now – Texas 🙂 Cheers! George Diaz Austin, TX

Closing went off without a hitch, on the appointed day. Wayne was absolutely outstanding as was the entire team. He kept me apprised every step of the way where things were at, what they needed from me and where the file was headed next. Wayne was professional and patient with my questions answering all of them. An absolute pleasure to work with and I highly recommend US Mortgage to anyone getting a mortgage loan.

Thank you and your team for doing such an awesome job in making my home purchase a very smooth process. I have heard so many horror stories concerning purchasing a home. I am pleased to say that I didn’t have to experience any of that. I know that there were times when I was able to get the documents back right away due to my work schedule. Thanks for y’all patience and working with me to get everything back as soon as I could. I will be speaking about your service for years to come. If you are thinking of buying a house and looking for a great team of people that truly care about you receiving the best and smoothest closing possible I recommend this company. I don’t have not one complaint. I put a contract on a house July 8th and closed August 12th with the help of US Mortgage of Florida. Thank you so much!!

A home is more than likely the most expensive item a family will ever purchase. We are on our second home purchase. The first one was easy because we didn’t have to worry about a mortgage. We just showed up at the closing, wrote a check, signed the papers and had a home. But the second (and, hopefully, the last) could have been a disaster due to our needing a mortgage and the confusing regulations and paperwork that come along with it. If we didn’t have John Digges and his company, U.S. Mortgage Company on our side, the purchase of our dream home could have become the nightmare of a lifetime. John expertly helped us meander through the tons of confusing paperwork requested by mortgage underwriters in a most proficient, professional and personable manner. He was always available for questions (of which we had many) and to ensure that our paperwork was completed in a timely fashion. John worked with us, our real estate agents, our banks and other prospective mortgage companies in order to help us secure the loan at the most favorable rates available. Thanks to John’s hard work and positive attitude, we were able to close on our dream house in less than one month. And, again, due to John’s diligence, the closing meeting with the sellers and the title company took less than one hour to complete. We highly recommend John Digges and U.S. Mortgage Company to anyone seeking a mortgage. Be sure to ask John for one of his business cards. That, unto itself, is a work of art and worthy of a visit to his office. Bob and Barbara Feldman

You Can Qualify For a Mortgage Today - Let's Get Started!